What Macarons taught me about Business & Life

Let me tell you that Macarons are an ESPECIALLY FINICKY COOKIE!!! Like. I would see them in the grocery story or bakery & want one, but they’re like $3-$5 a piece & i’ll be like “PSHHHH, I can make them myself & have MORE & not spend as much”

So Check this out. Macarons are made of Almond Flour, Confectioner’s sugar, and egg whites. Periodt. there’s a little bit of salt & a little bit of vanilla involved, but mainly the recipe consists of these three ingredients. I looked up the recipe & saw that ALLADA receipes online are EGG-ZAC-TLY the same. EXACTLY.:

I tried this recipe so many times, i know it by heart. (My husband is sick of it by now).

But anyway… Back to the lesson…

1st time i tried it, i used coconut flour cause Almond Flour is $10 a bag & coconut flour is $3 a bag & for come cookies, I was being cheap. the results : instead of a sandy batter, i got a big gloopy mess that didn’t bake well, but it tasted like pina colada.

2nd time i tried it, i still used coconut flour (i looked up the conversion), AND i let the eggwhites get to room temperature, results: kind of macaron batter, they baked, but they were dry

3rd time i tried it, I DIDN’T LET THE EGGWHITES REST (get to room temperature – still using coconut flour) & I  i got a BIG BLOB of Dough that i couldn’t use

4th time, my egg whites spilled as i was about to whip them & i said forget it

5th time, i sucked it up & bought almond flour. Results: I got some “almost” macaron batter, but i think i over beat the eggs, & when they baked, the spread all over the pan, so i ended up with a “cookie pie” type of situation… this time they tasted like they were supposed to.

I FINALLY GOT SOME GOT DANGED MACARONS.

they still didn’t look official cause i think when i sprayed the pan to keep them from sticking to the bottom, the batter spread (cause it was greasy) & it couldn’t form it’s shape & then when they baked, they were too spread out. they tasted good & everybody ate them happily, but they still weren’t quite right.

YOUNG! (i’m from PG county, don’t judge me) I’ve made these cookies 6 times. 6 TIMES & only ONCE did I actually get almost the desired result.

Well Ashlee… What was the lesson?

Lesson 1: Follow the recipe first.  We all want to be our own boss & we *think* we know what we’re doing, but honestly, at first; we don’t. Ask somebody for the recipe! It’s expensive to figure it out on your own & if it’s a little expensive to do it right the first time, think about how much you’ll save because you won’t have to do it again. i.e. if i had bought almond flour originally instead of coconut flour, it would have saved me 4 attempts.

Lesson 2. Just because you have the instructions doesn’t mean you’ll get the desired results. the basic blueprint to owning & running a business is the same. But just because you follow the instructions, watch all the videos, & follow the recipe to the TEE, you may still get a completely different outcome. it may be something so miniscule that you didn’t even think about that’s the difference between wasted macaron batter & actual macaron cookies (folding the sugar into the egg whites instead of beating it in)

Lesson 3. Once you figure out where you went wrong, adjust & try it again. After the 4th time of messing these up, i finally bit the bullet & bought the almond flour- instantly i saw a difference. Then i folded the sugar in, instead of beating it in, I instantly saw a difference. Next time I’m going to make sure i have a flat cookie tray & parchment paper & I believe i’ll finally have my desired macarons.

Lesson 4. KEEP TRYING TIL YOU GET IT RIGHT! Yo, if i had stopped trying at attempt 3 or 4, i wouldn’t have figured out what i needed to adjust in order to get these cookies. Same thing with your business, YOU HAVE TO KEEP GOING. Just cause it’s not working out right now, doesn’t mean it’s not going to work out at all. You need to evaluate, adjust & do it again with the adjustments. All those upper 5 & 6 figure entrepreneurs didn’t become big money straight out the gate, there was A LOT of trial & error before they made it this far.

I know it took a bit to get to the good part, but these cookies put me through it & after all that, i had something that i could share. I’ll be making the cookies again, but not for a week or so… i gotta take a break.😁

Alright! So let’s get into this! Stickermule makes keychains. I knew they printed labels, poly mailers, & sometimes designs them if you ask nicely, but I had recently received an...

Alright! We’re 20 days into 2022 and it has been a RIDE! WHEW! Transparent moment, it’s easy to get caught up with running the business that you forget to stop...

Alright, So… I wanted to share with you all how my husband & I were slapped in the face with value that we weren’t prepared for.  I recently won a... 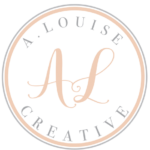